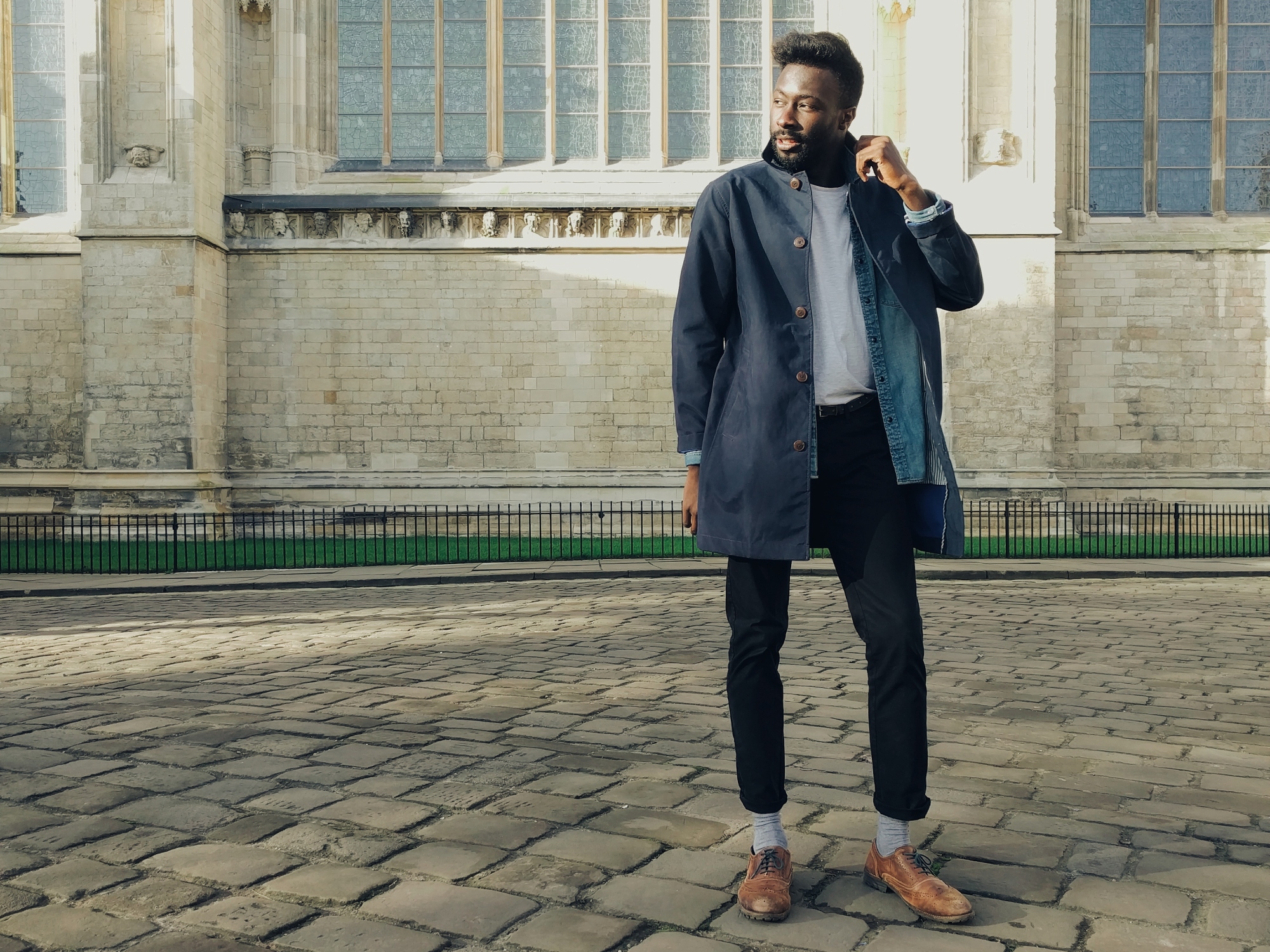 I live in a city called York. It’s a great place to live.

It’s nothing at all like its louder, brasher namesake New York. So it always makes me laugh that when the British first invited themselves over to what we now call America and built the Big Apple – the economic centre of the United States, one of the busiest cities in the world, the city that never sleeps – they perhaps had my quaint little home in mind.

Anyway, today’s look was shot out and about in my favourite city in the world. 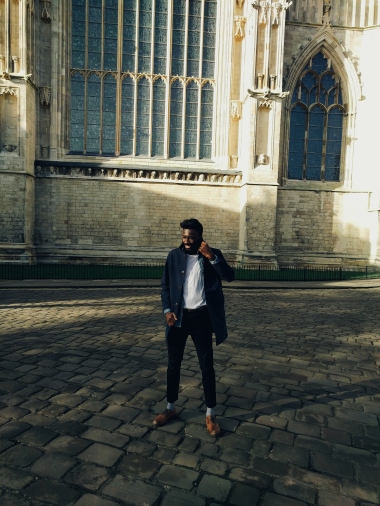 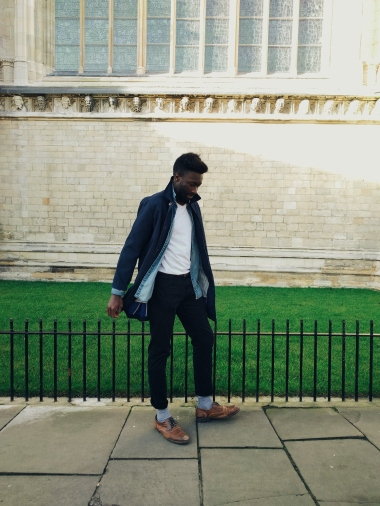 I got this denim shirt from Gap last year and it’s a great versatile layer to throw on. It has got poppers instead of buttons so it’s handy if you ever find yourself performing an impromptu striptease. Which I frequently do. 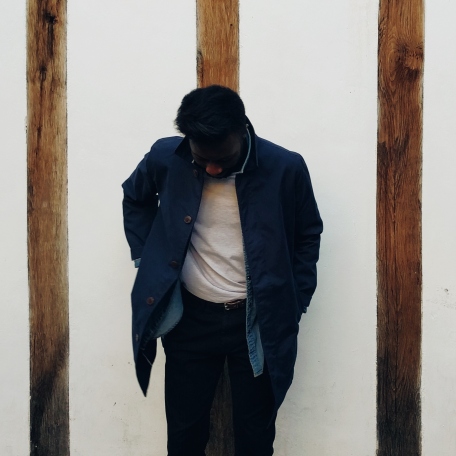 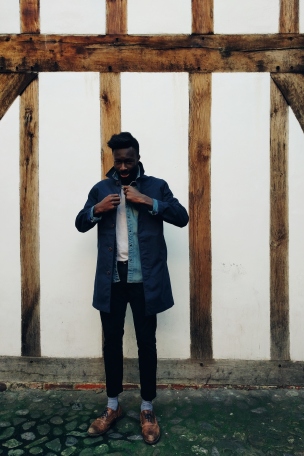 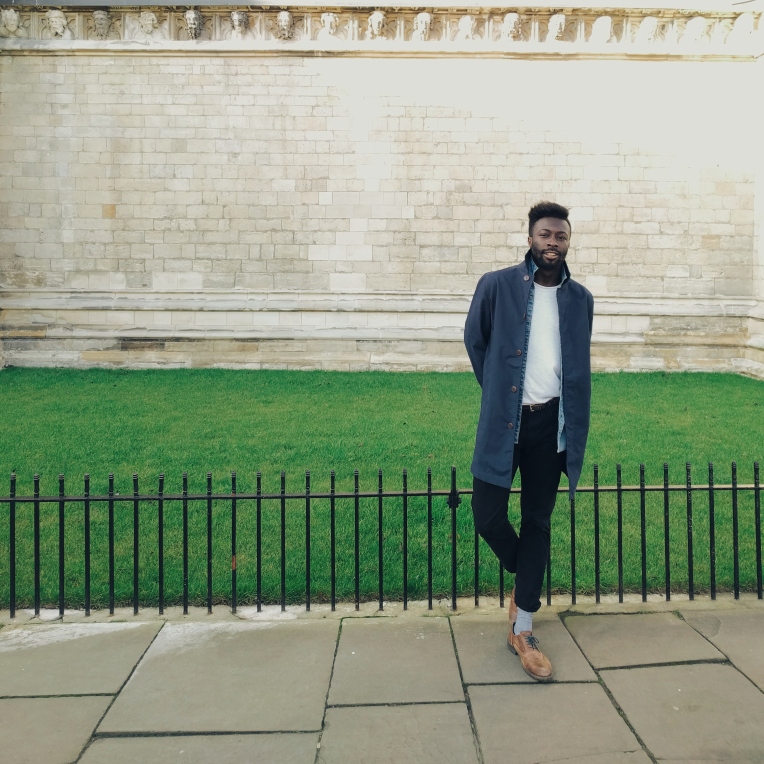 Down below I’ve got some black chinos from Zara (sadly no poppers here). An absolute steal in the sale, they can be dressed up or down. These are a ‘slim fit’ where I’d usually go for the slightly tighter ‘skinny’, but I’m quite happy with how they sit on me. As usual, I’ve rolled up the hems a little to show off my brogues that I’m starting to realise I definitely wear too often. 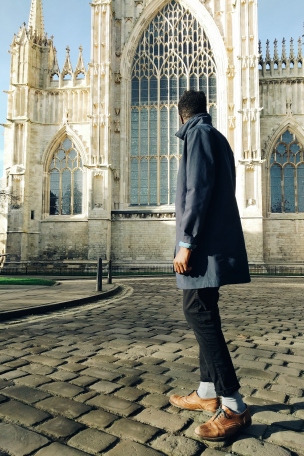 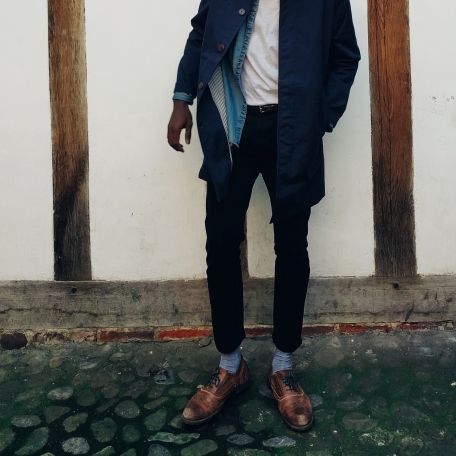 Finally, I love this coat from Gap’s new spring collection.Granted, it’s far too thin to be a realistic option for February in the north of England, but it definitely looks great. If you’ve an eye for detail, you might notice the striped lining – a tiny little flourish that I really enjoy, making the item stand out a little.

In my younger days I found the idea of a contrasting lining little more than a waste of time – after all, no one can see the lining (unless of course you’re the Fresh Prince and you wear your blazers inside out). Now that I’m an older, wiser, hopefully more stylish gentleman, I see a little more merit in hidden details. It’s like your little secret. 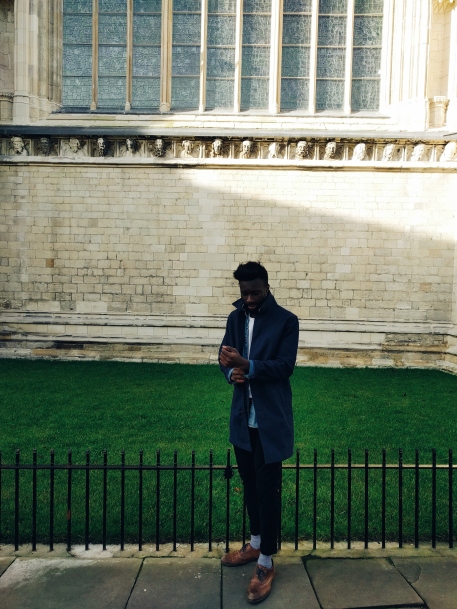 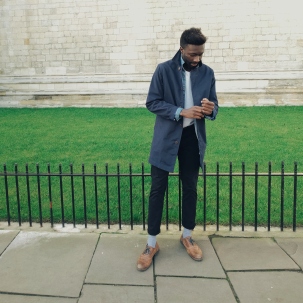 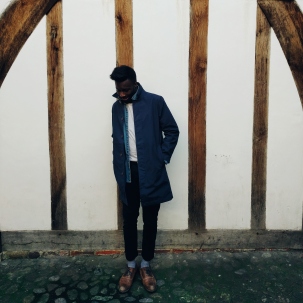 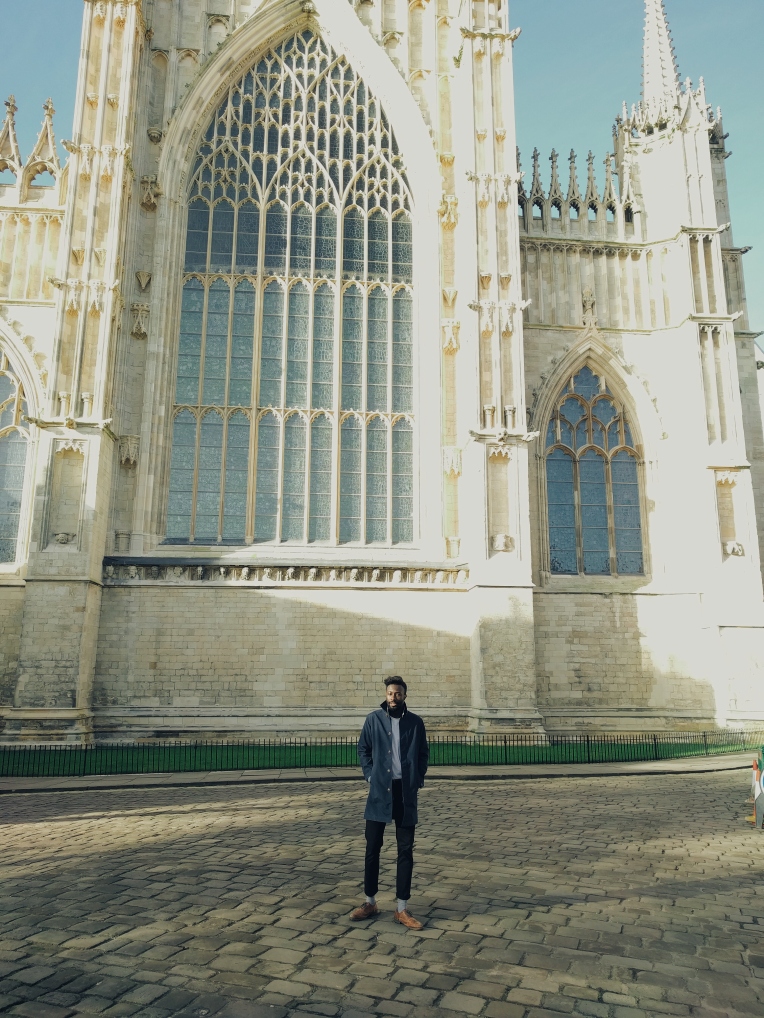 Oh deer, oh deer (you can't really see but there are deer behind me in this pic) x #throwback #edistylewatch
📖♥️
Huntsman RTW collection 👔 #lfwm #throwback #menswear #fblogger #style
This is why I can't wear white shoes 🤷🏿‍♂️ #ihavethisthingwithfloors #vsco #edistylewatch
Throwback to the fanciest Wetherspoon's I've ever seen 😍 (The toilets were reassuringly gross though) x #latergram #interior #vsco #architecture #london
{Gifted} Excited to get stuck into this from @thereissomethingmore. Big love to the team who do such a great job at communicating the gospel in creative ways, and helping us do the same. I love their passion, their talent, and their heart for the Lord ♥️
Drinking coffee is literally my only hobby tbh ☕ #york #coffee #vsco #igersyorkshire
In the light ✨ #edistylewatch 📸: @jsh8w
One of my favourite spots ☕ #latergram #throwback #kinfolk #coffee #igersyorkshire