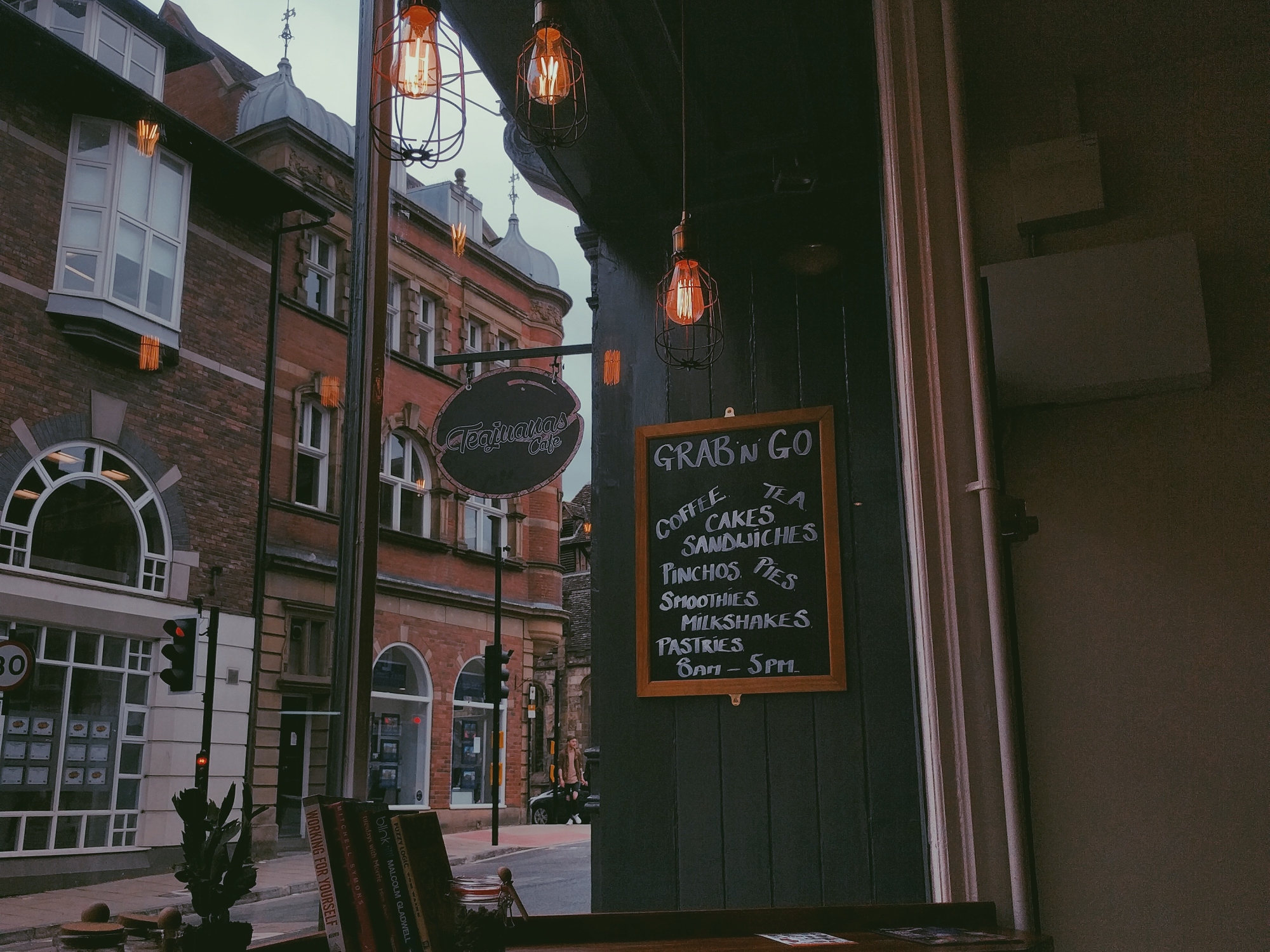 Legend has it that coffee was discovered when a 9th century Ethiopian goatherd named Kaffi noticed how excited his goats became when they ate beans from the coffee plant. Suffice to say, we all owe a debt of gratitude to those overstimulated goats.

I love coffee. But my favourite thing about coffee is its means of delivery – the humble coffee shop.

In 17th century England, coffeehouses were places where men would gather, rich and poor alike, to discuss politics, science and philosophy. In the 21st century, coffeeshops and cafes are more likely places to discuss Kim Kardashian’s latest diet and take pictures of your food. Nonetheless, I enjoy few things more than wandering into a cool coffeeshop with a friend and chatting for hours over a flat white or two. Or seven.

There are loads of great cafes and coffee places in my city, and a few weeks ago, another one opened its doors. 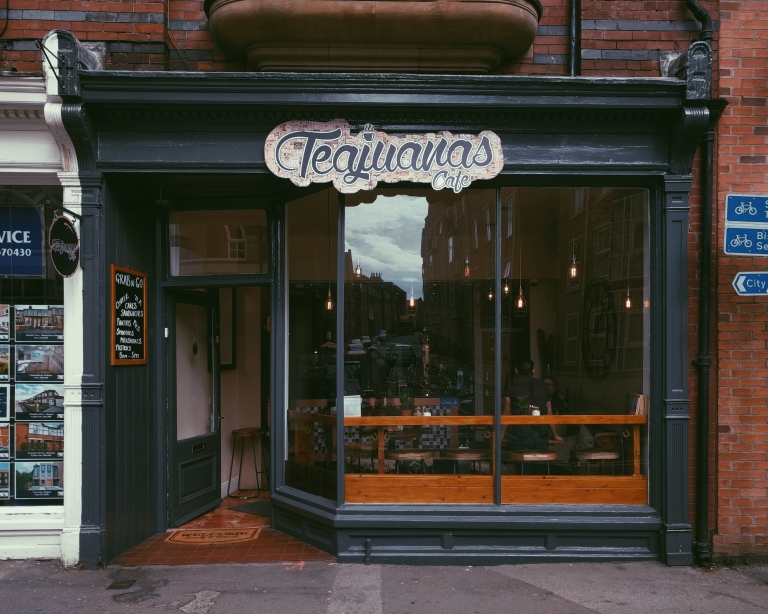 Delivering an injection of Latin America to York’s coffee scene, Teajuanas (pun very much intended) serves up excellent coffees, teas, breakfast, snacks, pastries and milkshakes. Despite the Mexican pun in its title, Teajuanas boasts influences from all over the world and has the wide range of teas to prove it. 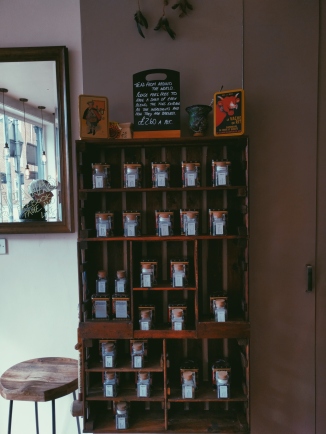 Processed with VSCO with p5 preset

This magpie-like eclecticism and creativity isn’t just restricted to the food at Teajuanas. Almost everything is custom-made and a lot done either by themselves or by family and friends. The beauty of this is that everything features signature touches that make them stand out, like the hooks under the window bar or the hessian upholstered stools or the reclaimed church pew.

You can sense a real love of craftsmanship when you talk to the two owners (whose names I rudely forgot to ask!) You can feel the pride of men who work with their hands, whether that’s whipping up latte or putting up their wallpaper. Speaking of which, the wallpaper is textured and vintage newspaper-themed. It really is all about the details here.

Aside from the huge faux clock that adorns the feature wall, the centrepiece has to be an otherworldly golden and copper dome that rises from the table behind the counter.

This contraption is the coffee machine.

Adapted from an old boiler, this piece of Italian engineering looks like it belongs in the laboratory of a Victorian alchemist in a steampunk fanfic, rather than a cafe in York. All gears, knobs and platforms, not to mention the engraved eagle that sits upon it, it really is something to behold.

If you’re hungry pop in for breakfast (served “8am till noonish”) or a sandwich, but Teajuanas’ passion is pinchos – Spanish snacks served on bread, spiked with a toothpick (basically tapas as finger food). A rich medley of flavours, you’ll find chorizo, chilli, olives and balsamic vinegar, sat comfortably next to ham hock and gherkin. Pick a few, mix and match and share with friends.

In parts of Spain, pinchos are considered an essential socialising tool. Cafes will have hundreds laid out on the bar and customers are encouraged to take as many as they like as they relax with friends. They pay at the end by displaying their used toothpicks which are counted and charged appropriately. “Unsurprisingly, customers occasionally ‘lose’ the odd toothpick or two before it’s time to pay,” the Teajuana boys laugh.

Processed with VSCO with p5 preset

This kind of relaxed attitude to food and drink is what Teajuanas want to bring to the UK. Somewhere you can pop in for a snack, a coffee and a chat. Maybe flick through one of the books on their windowsill, maybe have a go on one of the instruments dotted around the place. Though perhaps give the didgeridoo behind the pew a miss. 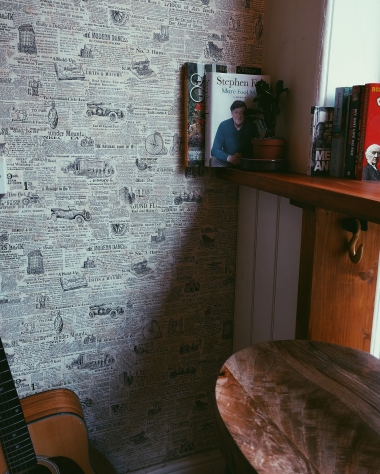 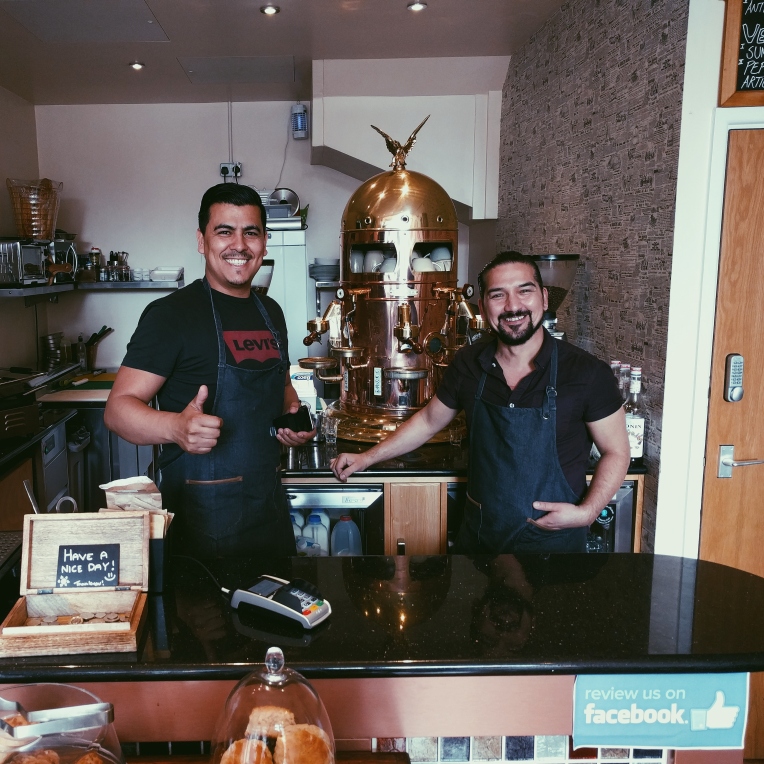 “York is just the start,” they say. The boys have big plans and even bigger dreams. Ideally they’d like to open more cafes all over the country.

They aim to start in smaller cities like York (Harrogate and Beverley were also mentioned as potential future locations) because bigger cities, Leeds for example, are already over-saturated with so many different options.

Leeds’ loss is York’s gain as we now have the best cafe this side of Tijuana.

Just popping to Tesco. Anyone want anything? #edistylewatch
You guys are gonna be so sick of this damn table. Anyway here's kale and chorizo, with a poached egg and sourdough 😋
Throwback to when we could go places and stand within two metres of people. Good times. #tbt #travel #edistylewatch
Having withdrawal symptoms tbh ☕ #throwback
Treated myself to a watering can so now I can anxiously over-water my plants in style 💦🌱✌🏿
Daniel Craig is my lockdown goals tbh 😴
Love is in the air 👟♥️ #edistylewatch
We missed bottomless brunch so we made our own 🥂🍾
Didn't know how good I had it #throwback